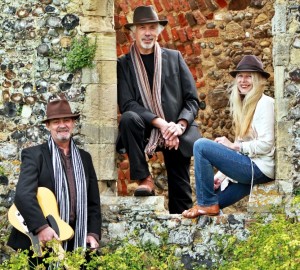 Sheri is perhaps most commonly known for her work with her husband of over 25 years, Nik Kershaw.  As a professional musician in her own right for over 40 years, she has toured around the world alongside artists such as Elton John and Paul Young and sung in many stadiums and large theatres. As a backing vocalist she has appeared on television (Top of the Pops, Jools Holland and others) and has had many radio appearances in Europe, Japan, the USA and Australia as well as at home here in the UK. Many memorable moments include singing vocals on stage at the Royal Albert Hall and being on stage in front of 4000 at the AccorHotels arena in Bercy, Paris.

A life lived with music at its core!

Sheri is a prolific songwriter whose styles have varied over the years. Writing since the age of 13, she was influenced strongly by songwriters such as Joni Mitchel and James Taylor.

By the age of 17 she was here in England working professionally both around the UK and abroad. Travelling in a big yellow Bedford Van to Adana Turkey to perform for 3 months on an American Airbase Sheri later went on to Germany to perform in club venues paying her “musical dues”, then home again and joining a dinner dance band, working cabaret in the clubs up North, honing her skills and soaking up everything from her fellow musicians – her writing always continuing and musical knowledge being gained from those musicians she had the honour to work with. Many gone now.

Bill Haig, the keyboard player who once played for Cleo Lane before Johnny Dankworth and was often the music you heard when the television closed down for the night, introduced her to the world of Jazz. Mick Hansen, Reg Webb and Bob Dore, many of her group worked as session musicians for other well known artists. Singers that influenced her own style varied from Kiki Dee, and Janis Joplin to Billie Holiday, Ella Fitzgerald and Sarah Vaughn.

Her guitar playing extended into 9th and augmented chords to bring in a laid back flavour, where she loved and loves singing across the beat, stepping into her musical home ground.

Robbie Gladwell, who has worked with Suzie Quatro and Steve Harley regularly while sitting in with the likes of Bonnie Raitt, was a big influence in Sheri’s life and a lifelong friend.

From Robbie and from bass player Kenn Elson she entered the world of the Blues singer, finding another love and a place to let her voice soar.

These days she has moved into her own ground writing and performing her own songs, Blues, Americana, ballads, sometimes jazz influenced, often the Blues comes through but always following her creative inner world allowing her natural musical soul a place to fly and to be heard.

Sheri has three albums under her belt and a fourth on the way.

Now working in Acoustic Clubs, Folk Venues and Blues clubs across England, you can find her and her music on Youtube and Amazon.

Kettle’s In the Kitchen

Click here to buy Sheri's album 'Kettle's In the Kitchen' on Amazon.